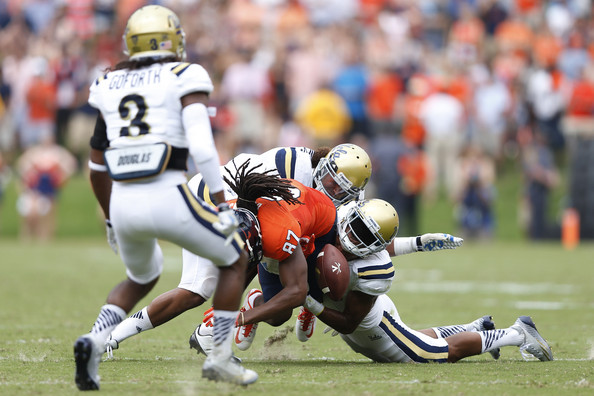 UCLA defensive back Randall Goforth will be with the Bruins in 2015 and 2016 after the NCAA granted him an extra season of eligibility.

Goforth missed all but the first two games in 2014 due to surgery on both of his shoulders. He started both of those contests while recording 7 tackles and returning a fumble 75 yards for a touchdown against Virginia in the season opener.

In 2013, Goforth played in 13 games, starting 12 contests while recording 78 tackles, which was fourth most on the team. He also had 3 interceptions, a fumble recovery, and forced 3 fumbles.

In 2012, Goforth played in 14 games while starting 5 of those contests. He finished with 39 tackles, an interception, and recovered a fumble.

Goforth will be a starter once again in 2015 as long as he stays healthy.

The news of Goforth comes on the heels that wide receiver Devin Lucien will be transferring to an undetermined school.

UCLA’s spring practice will culminate on Saturday, April 25 with the UCLA spring showcase.