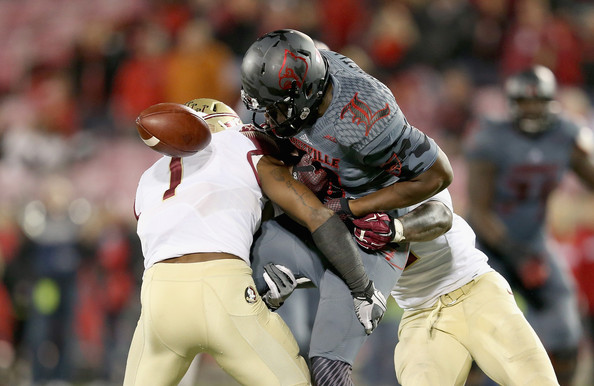 Starting Florida State safety Tyler Hunter has suffered a torn meniscus and will miss the rest of the spring to rehab the injury. Head coach Jimbo Fisher confirmed the news on Saturday and said Hunter will undergo surgery.

The recovery time from a torn meniscus is approximately six weeks. Hunter is expected to be ready for fall camp. This injury is not Hunter’s first serious injury.

In 2013, Hunter missed the final 11 games of the season due to a neck injury after starting the first three games at safety. He tallied 8 tackles and an interception before the injury.

He came back last season to start all 14 games. He recorded 65 tackles, 2.5 tackles-for-loss, a sack, an interception, and recovered a fumble. He was expected to retain his starting spot again in 2015.

In total, six Seminoles are likely to miss the rest of spring practice. In addition to Hunter, defensive tackle Derek Mitchell as well as linebackers Reggie Northrup, Matthew Thomas, Chris Casher, and Terrance Smith are out as well.

Back up linebacker E.J. Levenberry also decided to transfer to Connecticut leaving depth issues for this spring.

On the offensive side, starting center Ryan Hoefield is out with a torn meniscus, right tackle Chad Mavety has been bothered by both a foot injury and a concussion, and fullback Freddie Stevenson is out for the rest of spring due to a knee injury.

“It’s part of football. Next guy up. That’s why we recruit,” Fisher said. “We had a really good practice. I felt good with the group out there.”