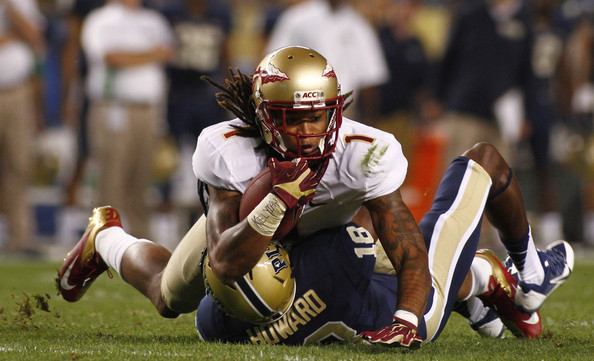 Defensive back Titus Howard has decided to transfer to Division II Slippery Rock according to Karlo Zovko of 247Sports.com. Howard was kicked off the Pittsburgh Panthers by Pat Narduzzi in February for violation of team of team rules.

As a true freshman in 2013, Howard played in 11 games and started 2 contests despite being a two star recruit of the 2013 class.. He finished with 21 tackles, half a tackle-for-loss, and 2 pass breakups. Howard was suspended for the entire 2014 season, but no reasoning was provided.

Slippery Rock has made the Division II Football Playoffs each of the last two seasons. They were knocked out in the first round both times. In 2013, they lost to Winston-Salem State 27-20 on the road while 2014 was a drubbing at the hands of West Chester, 46-20, on the road.