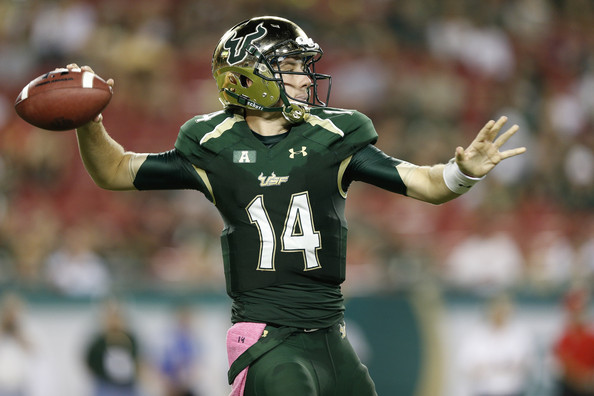 Former South Florida quarterback Mike White announced via Twitter that he will be going to the Western Kentucky Hilltoppers.

“After taking a visit and talking to the coaches I feel like it’s a really good fit for me,” White said in a text message to the Tampa Bay Times.

In late March, it was reported that White was released from his scholarship and free to transfer to a school of his choosing. That release was confirmed by USF head coach Willie Taggart, who previously coached at Western Kentucky from 2010 through 2012.

With White transferring to another FBS school, he will most likely be required to sit out the 2015 season. Starting with 2016 season, White would have two years of eligibility remaining. Assuming he redshirted in 2015, White would then be a redshirt junior in 2016.