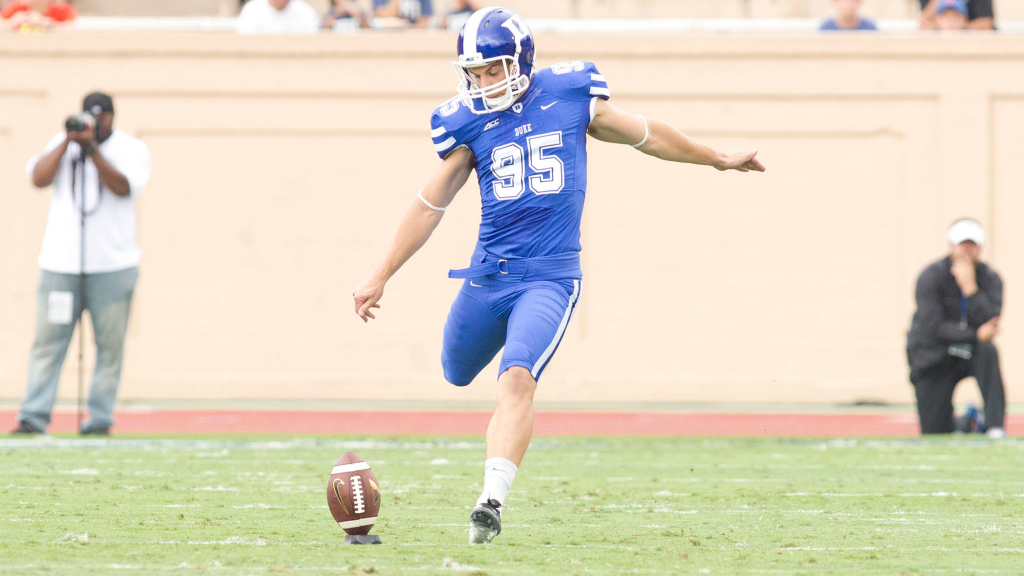 Kicker Jack Willoughby will be transferring from Duke University to Ohio State for the 2015 season, according to The Chronicle.

“I made a list of every team in the country that I would want to play for in the big conferences and then started to narrow down based on who had a senior kicker graduating or who could use someone like me to step in and compete for kicking duties,” Willoughby said. “I reached out to a bunch of coaches and ultimately Ohio State was the best fit from a football and an academic standpoint.”

Willoughby, as alluded to above, will be a graduate transfer and eligible to play immediately in 2015.

He will, however, have a chance to be the starting kicker for Ohio State in 2015. Sean Nuernberger was the primary kicker for the Buckeyes in 2014 as a freshman, but he struggled at times. He finished the season going 13 of 20 on field goals with a long of 49 yards. He was only 5 of 10 from 40 to 49 yards and had 1 kick blocked.