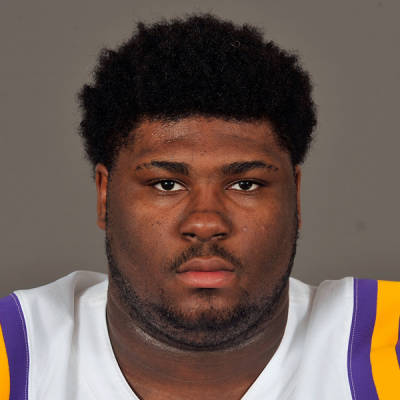 LSU defensive tackle Travonte Valentine could be seeing his career with the Tigers come to an end sooner rather than later, according to head coach Les Miles.

“Travonte Valentine is currently suspended from play,” Miles said in his press conference after the spring game. “We’ve instructed him to go to this school, go to class, take care your business. If he does that and handles behavior then there will be a future for him here. Otherwise, we’re not certain.”

Prior to the start of the 2014 season, Valentine had to wait before being cleared to play by the NCAA’s clearinghouse due to transcript issues. That caused him to miss some practice time, but so did his own academic issues.

Valentine did not play at all in 2014 while redshirting and continued to have lingering academic trouble. Even this past spring, he did not practice with the football team.

Valentine was one of the top defensive tackles in the 2014 recruiting class by all the major rankings (Rivals, Scout, ESPN). He hails from Miami, Florida and could wind up at another school in the near future.