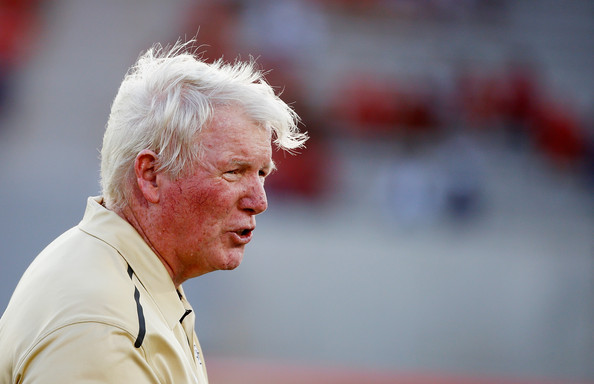 Georgia Tech and Central Florida announced a home-and-home series to take place in 2017 and 2020. This means that current UCF head coach George O’Leary will face off against his old team.

Central Florida and Georgia Tech have faced each other three times in football with Georgia Tech winning all three matchups. Georgia Tech won 27-20 in 1996, 41-10 in 1999, and 21-17 in 2000 with all three games coming at home for the Yellow Jackets.

As for O’Leary, he previously coached at Georgia Tech from 1994 through 2001 where he compiled a 52-33 record. His 1998 team finished tied with Florida State for the ACC Championship at 7-1 in conference play (10-2 overall).

O’Leary has been at UCF since 2004 after the debacle he suffered in 2001 shortly after accepting the Notre Dame head coaching job. At UCF, O’Leary has led the Knights to an 81-60 record including their 2014 Fiesta Bowl victory over Baylor, which capped off a 12-1 season.