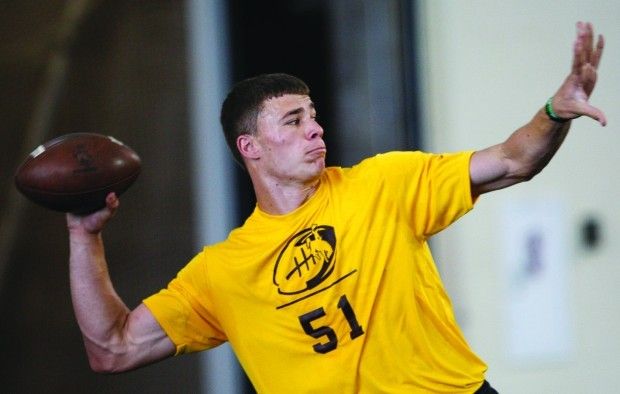 Wyoming head coach Craig Bohl has announced that quarterback Austin Fort will transfer out of the program.

“One week after Austin Fort was moved from quarterback to tight end, the former Gillette standout has informed Wyoming that he intends to transfer. Bohl made the announcement Saturday.

Fort redshirted at quarterback during the 2014 season, but with five QBs in spring camp, Bohl felt it was best that the 6-4, 220-pound Fort move to the tight end position. Fort spent a couple practices there before deciding to move on.

Fort redshirted the 2014 season in his first season at Wyoming. Cameron Coffman was placed atop the depth chart for the Cowboys this spring. He transferred from Indiana to Wyoming in May of 2014.

Coffman played in 14 games at Indiana going 249 of 416 (59%) for 2,763 yards with 15 touchdowns and 12 interceptions. He sat out all of the 2014 season due to NCAA requirements from his transfer and he has one season of eligibility remaining at Wyoming.