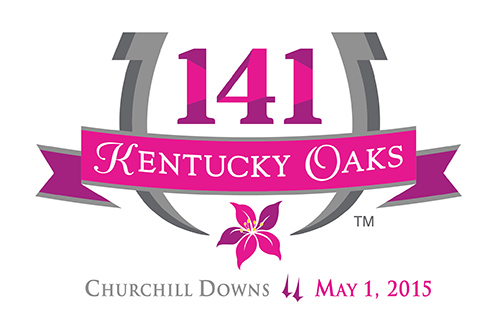 Friday, May 1 marks the day for the fillies in Louisville, Kentucky. This means that the Grade 1 Kentucky Oaks will be run at Churchill Downs and an overflow field of 15 is entered in the one mile and one eighth race.

Currently, the also-eligible filly Peace and War will not run unless there is a scratch. A maximum of 14 fillies will run in the Kentucky Oaks.

Post time for the Kentucky Oaks is scheduled for 5:49 PM Eastern Time and is the eleventh race of twelve at Churchill on Friday. Free past performances can be found here.

The entries are organized in a table below. Further down, there is a closer look at each of the 15 fillies entered.

1. Forever Unbridled – A late inclusion into the field due to the double defection of Luminance and Maybellene, she is out of a Kentucky Oaks winner on Lemons Forever. She broke her maiden in her second career start down at the Fair Grounds and then ran up against I’m A Chatterbox in three consecutive stake races down there. She ran over this Churchill surface in her career debut finishing second by a length and three-quarters. She is an intriguing filly here, but she will need to move forward to topple her Louisiana nemesis here. Still, she is an underneath possibility.

2. Shook Up – Her career is very similar to the filly on her inside. She started at Churchill (finished second) before heading to the Fair Grounds where she broke her maiden in her second start by 13 lengths. She ran second to Lovely Maria in an optional claimer before finishing fifth and second behind I’m A Chatterbox in back-to-back graded stakes races. She seems a cut below the best here.

3. Include Betty – She needed a while to break her maiden, but did so at Tampa Bay Downs in her fourth start. She followed that up with a win by a neck in the Suncoast Stakes before a fifth place effort on the grass in the Grade 3 Florida Oaks. Her most recent start was in the Grade 3 Fantasy at Oaklawn where she came from way out of it to win by a neck over Oceanwave. She may have some pace to run at here, but her style of rallying from way back hinders her chances a bit here. Nevertheless, she is a must include underneath at odds of 20-1.

4. Eskenformoney – She began her career on turf with four straight unsuccessful runs before a move to dirt. Her first start on dirt was a second by a nose and she followed that up with a nearly 10 length win at Gulfstream Park in mid-December. She made it two in a row with a 3 3/4 lengths win in an optional claimer before running in back-to-back Grade 2 races. She was third by half a length in the Grade 2 Davona Dale and then second in the Grade 2 Gulfstream Park Oaks. The worry in her case is that she had two perfect trips in the last two races and still could not win.

5. Condo Commando – Here we have the highly touted filly from New York who has run some excellent races. She broke her maiden by 12 lengths in her career debut at Saratoga before winning the Grade 1 Spinaway by 13 lengths. She failed to hit the board in her next start in the Grade 1 Frizette, but came back to win her final 2 year old race by 11 lengths in the Grade 2 Demoiselle. Her three year old campaign has consisted of two more wins including her latest in the Grade 2 Gazelle at Aqueduct. She will be going to lead and taking them as far as she can, which may even be to the winner’s circle.

6. Angela Renee – She won her debut at Belmont and then ran second in the Grade 2 Adirondack and third in the Grade 1 Spinaway (19 lengths behind Condo Commando). She then shipped across country to run at Santa Anita in the Grade 1 Chandelier, which she won by a length and a half. Her Breeders’ Cup Juvenile race was a disaster from the break and she finished 10th by 13 lengths. She has struggled to regain her form since then with a third, fourth, and second place finish in her last three races. It is hard to endorse her right now with the competition here.

7. Lovely Maria – She was a debut winner at Delaware last fall and then ran second at Keeneland in an allowance before shipping to the Fair Grounds. She ran second in an Optional Claimer at the Fair Grounds before trying stakes competition at Remington Park where she was fourth by 5 lengths in the slop. She finally got her second win back at the Fair Grounds and then finished second in the Grade 3 Rachel Alexandra behind I’m A Chatterbox. She won her latest race at Keeneland in the Grade 1 Ashland. She has the looks of a horse that can win, but she will have to overcome the horse to her outside.

8. I’m A Chatterbox – One of the top contenders in this race has been superb since being sent to trainer Larry Jones. She started her career with a debut win going 7 furlongs at Keeneland and then ran third in an optional claimer and fourth in the Grade 2 Golden Rod at Churchill. After some time off and going to Jones she has sparkled. She won the Silverbulletday by 8 lengths going gate to wire and then showed a completely different element in her next race. In the Grade 3 Rachel Alexandra, she won by 2 1/2 lengths after starting near the back of the field in an impressive race. She had an easier trip in the Grade 2 Fair Grounds Oaks where she sat just off the pace and then took over on the far turn to win by 2 1/2 lengths. Given her performances, she is the top choice, but by no means a lock in this tough spot.

9. Money’soncharlotte – Another late entrant, she broke her maiden in career start number two and then made it two in a row with a 2 3/4 lengths score at Gulfstream Park West. After a bit of time off, she showed up in the Silverbulletday where she was crushed by 8 lengths and finished third behind I’m A Chatterbox. A horrendous performance in the Grade 2 Davona Dale (10th by 37 lengths) was follwed up by a better effort in the Grade 2 Gazelle where she was third by 5 1/4 lengths behind Condo Commando. It is hard to envision her contending here.

10. Oceanwave – She began her career here at Churchill with a third place finish by a length before breaking her maiden at Keeneland by a nose in her second start. A three month break saw her resurface at Oaklawn where she won an optional claimer and then ran second in back-to-back Grade 3 events. She was second in the Grade 3 Honeybee by a length and a half to Sarah Sis and then ran second by a neck in the Grade 3 Fantasy to Include Betty. Many people were not thrilled with her workout on April 24 where she did not seem to have a lot of energy, but trainer Wayne Catalano was not nearly as concerned with the work. At 30-1, it is hard to ignore her for at least a piece underneath.

11. Sarah Sis – She had an excellent 11 length win in her debut at Arlington and then ran second in the Arlington-Washington Lassie by 3 1/2 lengths. She rebounded to win her next race at Keeneland in an allowance before running second in back-to-back listed stakes races at Oaklawn. She broke through for her third win in the Grade 3 Honeybee by a length and a half. Her latest race was a disappointing fifth place effort in the Grade 3 Fantasy where she did not appear to have much of an excuse. She is a conundrum in this spot. Was the Fantasy an aberration or is she a cut below in this spot?

12. Stellar Wind – The morning line favorite in this race comes in from California, but she began her career at Laurel Park in Maryland. She was third in her debut before crushing the competition in her second start by 8 lengths. After transferring to John Sadler in California, she has continued her winning ways. She won the Grade 3 Santa Ysabel by 2 3/4 lengths and then crushed the Grade 1 Santa Anita Oaks competition by 5 1/4 lengths with a sweeping move on the turn. One of the top concerns here is that Sadler is not the best shipper outside of California (he is 10 for 104 in his career according to this Daily Racing Form post). The distance should not be a trouble for her and it just depends on whether or not you want to back the favorite here in a deep field.

13. Birdatthewire – She needed a few races to break her maiden, though she was competitive in each of her starts in career thus far. She was third in her debut at Churchill before running second and fourth in two starts at Keeneland. She finally broke through back at Churchill in her fourth start and was then sent down to South Florida for some stakes action where she held her own. She won the Grade 2 Forward Gal by 3 1/4 lengths before missing in the Grade 2 Davona Dale by a neck. She rebounded from that race to put in an excellent race in the Grade 2 Gulfstream Park Oaks when she was forced to steady multiple times. She still won by a length and a quarter. 6-1 would be an absolute steal here.

14. Puca – She started at Saratoga where she ran seventh by 10 in her debut at Saratoga going 5 1/2 furlongs. A stretch out and the addition of turf saw her improve with a third place finish and a return to dirt saw her crush the competition by 16 lengths at Belmont. She was a solid sixth by 3 lengths in the Grade 1 Breeders’ Cup Juvenile off her maiden score and then spent the next three and a half months on the sideline. She came back with a fourth place effort in the Grade 2 Davona Dale and then ran second in the Grade 2 Gazelle behind Condo Commando. This will be her third start off the layoff and she offers some value. The question remains is cans she overcome the wide post?

Update: #15 Peace and War has SCRATCHED from the Kentucky Oaks as the eligible.

15. Peace And War (Also-Eligible) – She will need another filly to scratch to make this race. She started in Great Britain with a half length win her debut on polytrack before a switch to the turf where she was crushed by 7 1/4 lengths, finishing sixth in the Grade 3 Albany Stakes at Ascot. She ran well in her third start where she finished second by half a length and was then sent over here. Her first start stateside was the Grade 1 Alcibiades where she closed to win the the race by half a length at 23-1. She then disappeared to the sidelines and did not return until the start of April where ran in the Grade 1 Ashland. She finished last of 7 fillies that day by 17 lengths. Even if she gets in, she will have a lot of work to do.

This is an incredibly deep Kentucky Oaks field that could lead bettors in any number of directions. #8 I’m A Chatterbox has been impressive this year and the Fair Grounds Oaks winner has come back to win 6 of the last 11 Kentucky Oaks. Another horse to watch out for is #13 Birdatthewire who has been impressive as well down in South Florida. #1 Forever Unbridled is intriguing as a longshot because she has ran well in defeat behind I’m A Chatterbox.

Beyond those three, one could also go with #3 Include Betty to close from well out of it or #5 Condo Commando to try and wire this field. #7 Lovely Maria is another alternative while #12 Stellar Wind is another way to go.

Check back on Friday night for a recap.