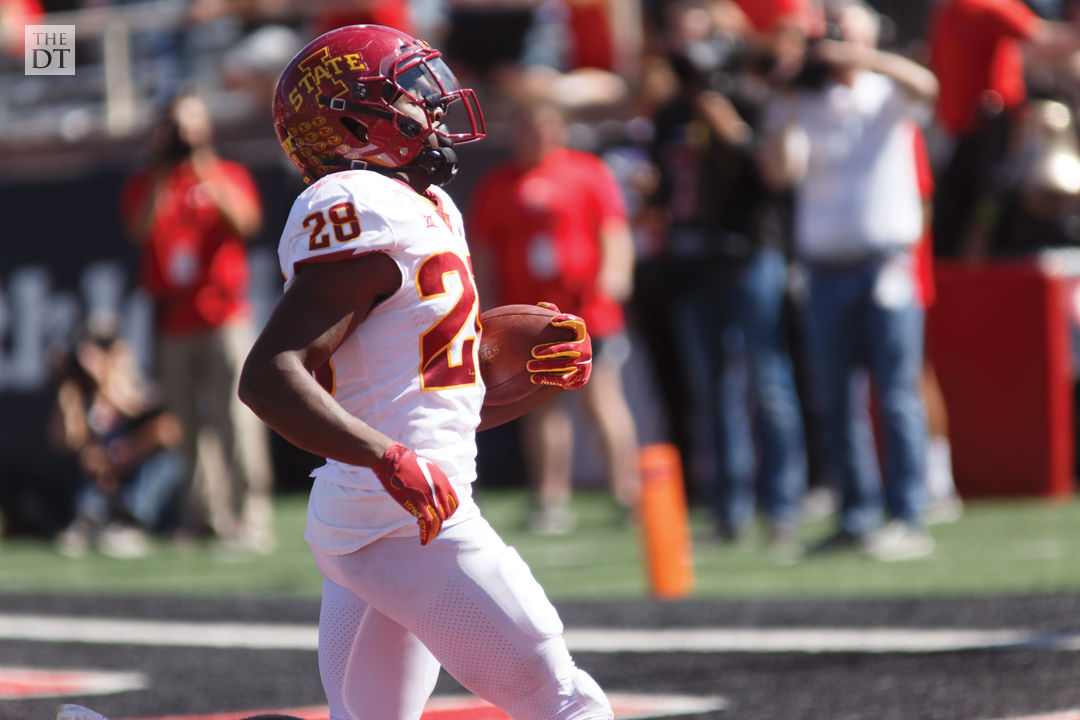 Year 6 under Campbell will welcome back all 11 starters from last season as well as 9 on defense. Breece Hall is a Heisman candidate this season after totaling 1,572 yards and 21 touchdowns last year. A similar season isn’t out of the question and combined with Brock Purdy, the offense looks potent again this year. The defense will be stout as well as expected under Campbell. Outside of Campbell’s first season in Ames, the defense’s worst performance was in 2019 when they allowed 26 points and 370 yards per game. The numbers are likely to be closer to 20 points and 350 yards per game in 2021.

The schedule is favorable to the Cyclones, though the biggest hurdle will be the regular season’s penultimate game. Iowa State will be at Oklahoma on November 20, which might be a battle of unbeaten teams. We think the Cyclones have enough firepower on both sides to get over the final hurdle and win the Big 12 but it certainly won’t be easy.

14. (Big 12) Kansas Will Have the Worst Offense and Defense (Measured by Points Per Game) – Kansas has been a terrible football program for more than a decade. Since 2010, Kansas football has not posted more than 3 wins in a single season and will have had 6 different head coaches when the 2021 season begins.

2021 will welcome Lance Leipold to Lawrence as the latest coach attempting to turn around the Jayhawks. He’s inheriting an offense that scored only 15.8 points and gained 259 yards per game. On defense, Kansas gave up 46 points and 460 yards a game to its opponents.

The worst part for Kansas is they play in the Big 12, which has some of the most high-powered offenses in college football. They’ll also have trouble scoring points on the same programs, so 2021 will not be pretty unless Leipold manages a few minor miracles.

13. (Big 12) Texas Tech Will Finish With a Winning Record – Texas Tech has not had a winning record since 2015 when they finished 7-6 under Kliff Kingsbury. Since then, it has been a run of five straight losing seasons with agonizingly close .500 finishes. The Red Raiders haven’t posted more than 8 losses in a season dating back to 1981. Unfortunately, the two latest 8 loss seasons came in 2014 and 2019.

In an inconsistent performance, Texas Tech will have 8 starters returning on offense after putting up 29.1 points and 430 yards of offense last year. They bring in Sonny Cumbie to run the offense as they attempt to return to the pass-happy offenses showcased in the past. Texas Tech’s strength will be on the offensive line as 4 starters are back, which will give Tyler Shough plenty of time to find his receivers.

The Red Raiders defense struggled at times last year giving up 36.7 points and 445 yards per game. The points per game were roughly a touchdown worse than 2019, which is surprising being in the 2nd year under defensive coordinator Keith Patterson. With 8 starters returning, this unit should get back to the 2019 point total at least.

Texas Tech has a relatively easy non-conference schedule with Houston, Stephen F. Austin, and Florida International. In the Big 12, they play a round-robin schedule. They’d need 4 wins in the Big 12 to reach a winning record and they have winnable games against Baylor, Kansas State, and West Virginia. They also have the proverbial free square against Kansas, which would give them 7 wins. We expect Texas Tech to be back in a bowl game for the first time since 2017.

12. (Pac-12) California Will Reach a Bowl Game – The Bears only played four games last year and went 1-3. After getting clobbered by UCLA 34-10, they lost to Oregon State by 4 and Stanford by a point. They ended the season with a win against Oregon.

In 2021, they have 17 starters returning (9 on offense and 8 on defense) as well as a favorable schedule. Both sides of the ball regressed relative to 2019 but given the Bears only played 4 games, it’s a bit unfair to look too harshly at their stats. Both sides bring back plenty of playmakers so the improvement should be noticeable this season.

Cal’s non-conference schedule is against Nevada, at TCU, and Sacramento State. However, the Pac-12 portion is extremely favorable with games against Washington State, Colorado, Oregon State, and Arizona. Only the game against Arizona is on the road and this is arguably the easiest of the four games mentioned. There isn’t a lot of margin for error but it wouldn’t be surprising to see Cal pull an upset in Pac-12 play.

11. (Pac-12) UCLA Will Having a Losing Record – Chip Kelly is in his most important season at UCLA after a 10-21 start to his stay in Pasadena. Kelly has 10 starters returning on offense and defense, which bodes well for him. The offense put up 35.4 points per game in 2020 and it started to look more like we expected from a Chip Kelly offense. The defense gave up 30.7 points and 410 yards per game last year, which was the best performance under Kelly.

UCLA did not win any lottery with the scheduling. They will play three non-conference home games against Hawaii, LSU, and Fresno State, which are all winnable although the LSU game will be the toughest of the bunch. From the Pac-12 North, UCLA will take on Stanford (road), Washington (road), Oregon (home), and California (home). The former three are Pac-12 North contenders while California is expected to be improved. Add in road games at Utah and USC and that makes for a tough slate.

We will admit that this one could go either way. UCLA certainly has the talent to win 7 or 8 games but the schedule did them no favors.