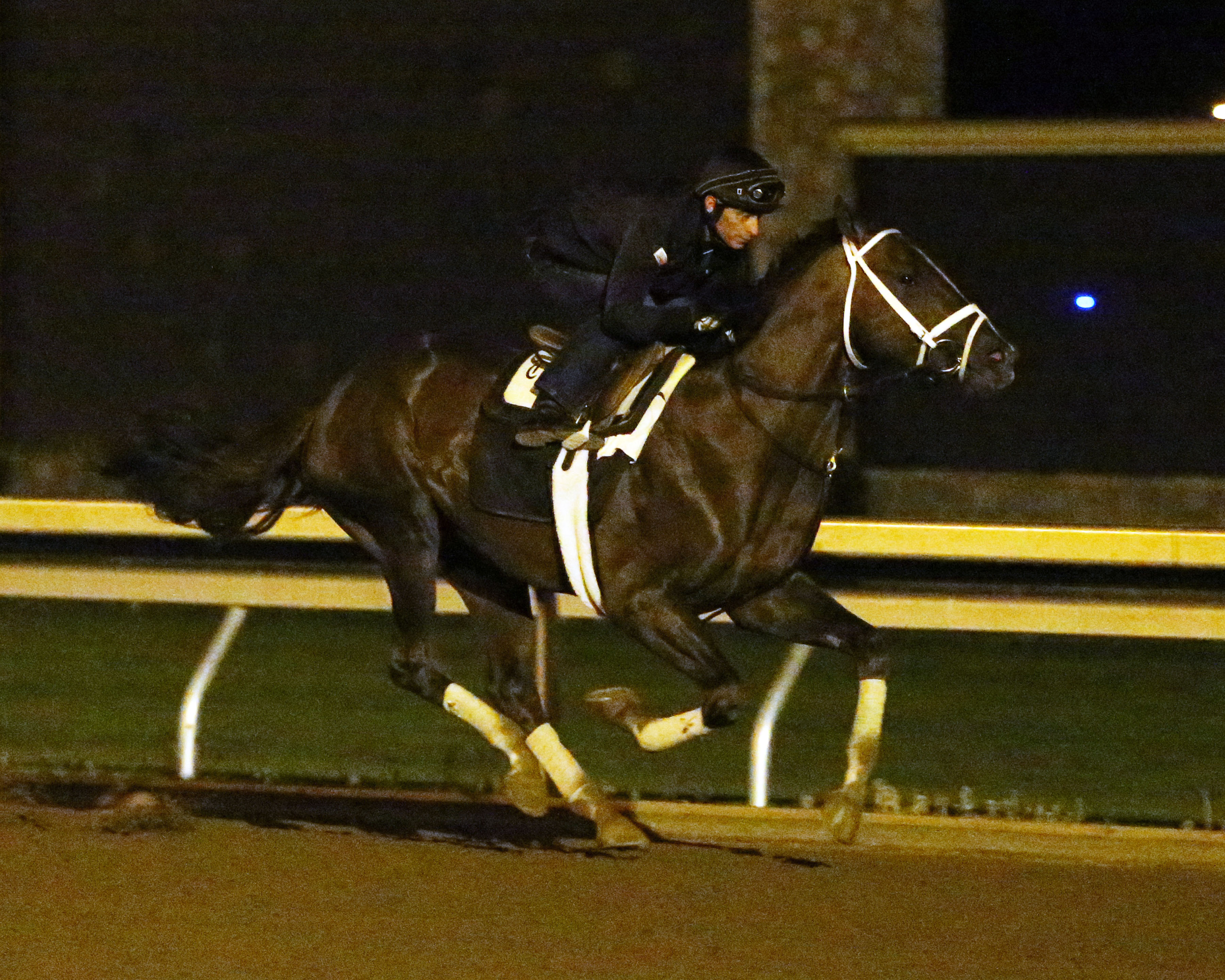 It was another busy morning on Saturday with many Kentucky Derby horses working out.

The Daily Racing Form‘s David Grening was on hand to see the works and provides his thoughts on the workouts here.

In New York, El Kabeir worked four furlongs in :46.80 despite some unexpected company from another horse. Trainer John Terranova was not concerned with that, however.

“The only unanticipated thing was the company that we hooked, but it was no problem,” Terranova said. “Simon knows him well and he did what he was supposed to do anyway regardless. He was well in hand and Simon had him there. As usual, when he feels some company he’s very competitive and on the bridle, but he’s like that if you work him solo or not. It was fine. No concerns as far as that goes. It was really nice.”

El Kabeir will arrive in Kentucky on Sunday night after shipping by van.

Over in California, Firing Line put in a five furlong workout at Santa Anita. He went the distance in 1:02.20 while his trainer caught the six furlong gallop out in “1:15 and change.” He will fly to Kentucky on Sunday morning.

Then came the big workout from Dortmund, also at Santa Anita. He went six furlongs in 1:13.60 in company with Lady Bull. He started about five lengths behind Lady Bull and ran beautifully in the work according to trainer Bob Baffert.

“He worked a little fast last time, so were hoping he’d relax,” Baffert said after the workout. “He’s getting very push-button.”

American Pharoah came out early to gallop around the track before the rain began. He will be working on Sunday morning.

Bold Conquest galloped a mile and a half on Saturday. He is scheduled to work on Monday with company per his trainer Steve Asmussen. Bolo will be coming from Santa Anita on Sunday via airplane before noon.

Danzig Moon walked the shedrow after his four furlong on work in :48.80 on Friday. Far Right did not do much on Saturday, but will be back on the track Sunday morning. He too worked a half mile on Friday going the distance in :49.

Frammento walked the shedrow on Saturday at Keeneland following his four furlong work on Friday. Mr. Z galloped the track as soon as it opened.

War Story galloped a mile and a half early this morning after he schooled in the paddock.

Angela Renee and Eskenformoney both jogged a mile after their workouts on Friday morning. Condo Commando was rested on Saturday, one day after her five furlong work.

Forever Unbridled simply walked the shedrow Saturday morning. The duo of I’m A Chatterbox and Lovely Maria both galloped a mile and a half.

Luminance and Maybellene also galloped a mile and a half. Both are expected to have a final work prior to the Kentucky Oaks.

Oceanwave walked the shedrow on Saturday. Puca galloped a mile and a half with an expected workout on Sunday, but that could be pushed back to Monday if the track is still not up to Bill Mott‘s liking.

Sarah Sis and Stellar Wind both walked the shedrow after their works on Friday. Shook Up galloped two miles and will workout on Sunday morning.

At Santa Anita, Bayern worked six furlongs from the gate in 1:10.80 for Bob Baffert. He went in company with Cat Burglar while Baffert timed the pair in “59 and change.” Bayern is under consideration for both the Alysheba Stakes at 8.5 furlongs and the Churchill Downs Stakes at 7 furlongs.

Umgiyo also worked at Arlington Park prior to Mubtaahij. He went four furlongs in :50 with a final quarter of a mile in :23.40.