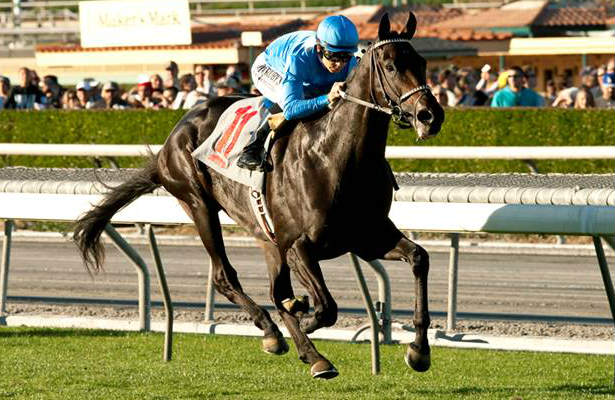 It was a quiet day on Sunday morning in terms of Kentucky Derby workouts, but there was one piece of news and that was jockey Rafael Bejarano was named to ride Bolo.

It has been a whirlwind 24 hours for Bejarano. On Saturday morning, he was aboard One Lucky Dane when he suffered an injury with Bejarano not taking any more chances and pulled him up. It was later revealed that One Lucky Dane suffered the beginning of a condylar fracture and will need surgery by his trainer Bob Baffert. Bejarano was expected to ride One Lucky Dane in the Derby had he not been injured.

Bolo, a three year old son of Temple City out of the Chief Seattle Mare Aspen Mountain, was ridden by Mike Smith in four of his first five career starts. He was ridden by Victor Espinoza two starts back in the Grade 2 San Felipe.

In other news, five horses galloped at Churchill Downs on Sunday morning, according to the DRF’s Mike Welsch.

One final horse, Bold Conquest, also went over the Churchill Downs track on Sunday morning. Bold Conquest is currently 23rd on the Kentucky Derby Points Leaderboard of horses who are expected to run.

One of the expected favorites for the Kentucky Oaks, if not the overall favorite, I’m A Chatterbox worked five furlongs in 1:01 1/5 on Sunday morning at Keeneland.

“Florent was smiling when he came back and that was good,” trainer Larry Jones said. “She was not blowing hard at all and it was an easy work on her.”

“She worked just like she has prior to her last three races. I had a good hold on her and she got a good feel for the track. She is more mature and stronger,” Geroux said. “She is doing things the right way and she is very versatile (in her running style), which is a good thing.”

Another filly, Shook Up, also had a workout on Sunday at Churchill Downs. She went five furlongs in :59 in what was considered a bullet work.

“She’s a tremendously talented filly,” trainer Steve Asmussen said. “I feel very good about all the time she’s had here at Churchill and how comfortable she is with the surroundings.”