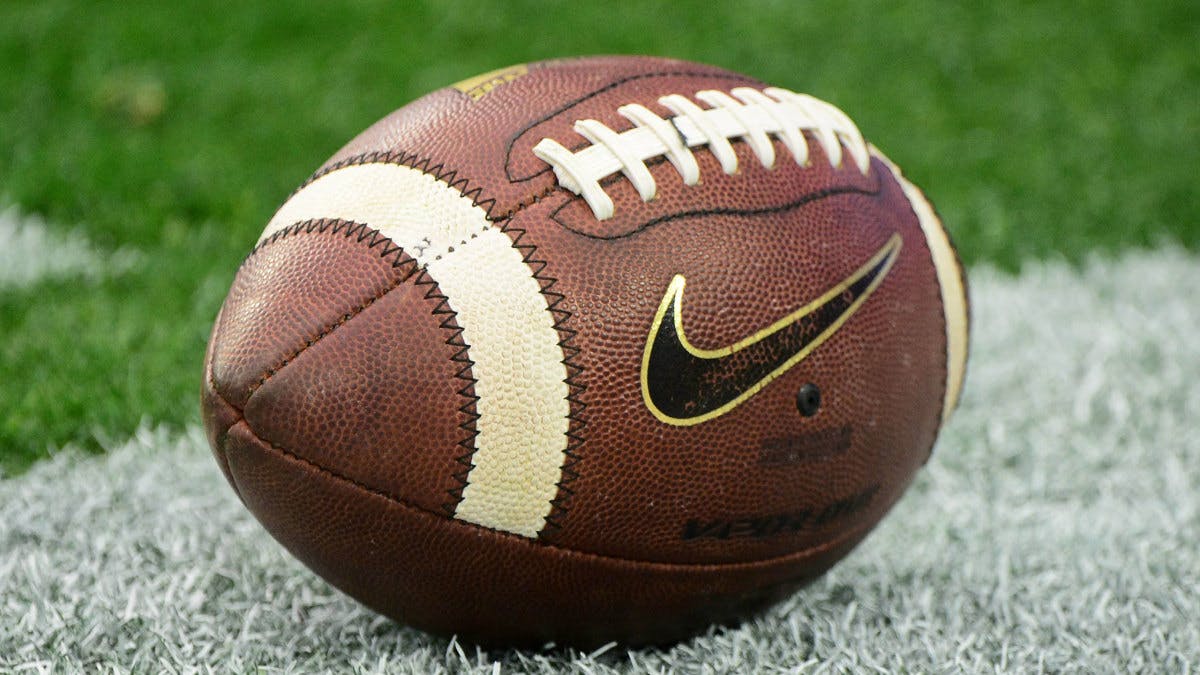 With another year behind us, we look back at how this blog performed over the last 12 months similar to our 2021 review. We encourage you to read that to provide some additional context and background but we’ll provide some highlights as needed.


So why did the numbers jump? We believe there were 3 contributing factors. The first two are somewhat intertwined – luck and the duo of UCLA and USC moving to the Big Ten. It’s quite fortuitous that we had back-to-back years of gigantic realignment news involving the two biggest conferences. Granted, the UCLA and USC news was expected considering the Big Ten was never going to sit idle after Oklahoma and Texas left for the SEC. However, we got lucky to start covering realignment in more depth back in late 2020 before a majority of the most recent moves started to unfold.

The third factor is that there’s a bit of compounding growth from the previous 15 months of realignment coverage. As we post more about realignment, it’s natural to get more viewers as we move ever so slightly up the Google search order. In addition, the number of realignment changes – both confirmed and rumored – continue to help the viewership numbers. Let’s be clear though, if our viewership total in 2022 was a town in the US, it wouldn’t even crack the top 1,000 most populous towns. Overall not impressive compared to some websites but noteworthy considering we only had 2,600 views for all of 2018.

Most Viewed Articles in 2022

The top 10 most viewed articles of 2021 were also popular in 2022 as 7 of the 10 most popular in 2021 returned in 2022. The other 3 to crack the top 10 were posted this year including the top-performing article: College Sports Realignment for 2023 and Beyond. This year’s version of the future realignment changes has performed so well that it has more views in 6 months this year than the 2022 version has since publication in September 2021. Below are the top 10 most viewed articles in 2022 as well as if they were in the top 10 in 2021.

If you were to go back to October 2020 and see how our analyses have evolved, you’d notice a few things. The first one is less reliance on travel numbers (see the Southland to WAC moves) because a wall of numbers without context isn’t going to hold readers these days. Those numbers have been replaced with maps for a better visual understanding of the potential geographic sprawl. We’ve also focused on providing more charts for individual schools such as the ASUN and WAC to FBS possibility.

Another lesson learned is to not discount the “unlikely” scenarios when it comes to realignment. We didn’t expect OU and Texas to move to the Big Ten. We don’t think Gonzaga will go to the Big 12 but that might be a bit shortsighted of us because we believed the Big 12 wanted additional football teams, which Gonzaga does not have. (Aside: the Gonzaga article from June 2022 is a good example of the increased use of visual aids in our articles instead of the wall of numbers). The lesson learned here is that just because it’s unlikely doesn’t mean it should be dismissed. If anything, we should probably start making bolder insights like saying UCLA and USC to the Big Ten or Kennesaw State to the FBS within 5 years.

The biggest lesson we re-learned was that money runs college football. This isn’t anything new as it’s been this way for about 40 years but we are constantly reminded with every move in a realignment cycle. Every move made was in some way, shape, or form determined by the bottom line even if universities and conferences try to spin it as something else. As much as we would like geography to play a bigger role in the structure of realignment, money trumps everything including our oft-referenced “travel considerations” we typically bring up. This is the way of college athletics now.

Realignment never fails to provide lessons and what we stated above may be very different in a decade and it doesn’t apply to every single realignment move we talk about. At the Division 3 level, it really isn’t about the money but at the Division 1 level, it’s a big part of the decision-making process. We’ll continue to see what lessons we can learn and apply from these changes.

Advertising and Changes in 2023

Now that this blog has experienced back-to-back years of solid growth, it’s fair to wonder if there will be any changes in advertising or a paywall added. So what’s the verdict?

Our next post will be sponsored by Raid Shadow Legends and Established Titles.

We have been contacted about sponsored posts but only by spammers. Some “offers” have included cooking recipes and there was also one about ocean freight costs since apparently this website screams “massive online distributor”. This blog has been a hobby for the last 27 months since October 2020. We write about realignment because we like it and it helps keep people informed. There’s really no desire to increase the advertising or take on sponsorship unless it’s something we truly believe in. Also, we haven’t received a serious sponsorship offer so there’s nothing to consider at this time.

As for adding a paywall or moving to Substack (or a Substack equivalent), it just doesn’t make sense. This is a hobby and adding that paywall means losing viewers (especially any frequent visitors who wouldn’t be able to read posts). It also means tying our financial future to this blog and each post would cease to be a hobby at that point. It’s a bridge we don’t wish to cross at this time or in the short term. It’s only been 2 years of solid success. Let’s use a slightly altered quote from Jurassic Park: “…You were so preoccupied with whether or not you could, you didn’t stop to think if you should.”

We do not intend to monetize this website outside of the current Google Ads we have running. Speaking of Google Ads, we currently have only half of the allotted ads per page running as of this post (about 3 to 4 per page depending on the length of the article). We will be running some experiments on the number of ads shown throughout 2023 to find a balance for ourselves and the readers because no one likes to be bombarded with non-stop ads. That leads us to additional changes for 2023…

When looking back on some of our posts, we noticed that the ads were popping up frequently following shorter paragraphs. In an attempt to combat the frequency of those ads, we will be making longer paragraphs, which is a double-edged sword. On mobile, that means a wall of text and the potential for viewers to simply leave if the information isn’t quickly available (especially for longer realignment posts). On the other hand, this means fewer ads throughout the article or at least multiple ones in quick succession.

On the content front, we don’t have any major changes planned except for the type of realignment coverage. We normally focus on one school changing conferences or a set of teams changing conferences. We still plan to have those but we want to also have more articles summarizing recent rumors or reports as we did in October 2022 when New Orleans was looking to possibly add football and Le Moyne and UIndy were reportedly moving up to D1. We believe these types of summary posts complement the confirmed list we post annually and update frequently.

It’s always difficult to forecast viewership 12 months out. Based on the number of views from 2018 through 2020, the last two years have been really good with 26,625 and 34,097 respectively. For 2023, we’d love to break our all-time views in a year set back in 2016 with 41,094. However, it’s tough to know how realignment will shake out in 2023 because it’s ever-changing. Will there be another big move involving the Big Ten and Pac-12? Will the Big 12 go after Pac-12 teams? Will there be movement by any ACC schools? How will any legislation by the federal government or governance changes within the NCAA impact realignment?

There are many issues that could impact realignment. One big one could be NIL, which is currently in its Wild West phase with many different interpretations and uses by schools, boosters, etc. Continued lack of uniformity could see a shift amongst the Power 5 conferences again as schools in some states might be more valuable than others. A change in the law that makes a more even playing field and the rules clearer could calm the realignment waters a bit. There is no crystal ball for this issue or many others because there are so many hands in the cookie jar but that won’t stop us from keeping an eye on the changes and opining when it feels necessary.

In 2023, we have some articles already planned. For January, a post covering realignment rumors and reports from the previous few months is scheduled. In February, we will go more in-depth on some of our previous articles to provide a light-hearted look at what we got right (very little) and wrong (lots to cover here). In May, we take our yearly respite from college realignment to provide the Division 1 softball tournament schedule, which is always worth following in our biased opinion. In July, we will have our latest version of the realignment changes in 2024 and beyond. We may also have a companion article in July that goes over the changes conference-by-conference instead of a single list. Finally, in August, we will revisit one of our previous FCS articles to give additional data points.

It’s difficult to believe over 2 years ago we started covering realignment regularly and have seen the number of views increase rapidly alongside the realignment posts. Even more impressively, we still don’t promote our articles so all this growth has been from Google searches. We hope the articles have continued to be of use to the readers and are worth coming back to around the 15th of each month. We appreciate that so many people have enough interest in our articles to at least click on them when they search on Google. Thank you for spending some of your valuable time in 2022 reading our posts and we hope you’ll be back in 2023 for more realignment coverage.